January 25th 2013 marked the 40th year of the March For Life. This march is a result of the Supreme Court decision of the 1973 case that legalized abortion, Roe vs Wade. This was my first year of attendance. I was going to write about it that Sunday following but I decided not to after seeing a sign in the sidelines that indicated that the supporters of the march only care the one day of the year. NOT TRUE … so this is late on purpose.

The group of churches that gathered in Maryland with me, had just finished watching October Baby, the story of a young woman who finds out her health conditions are in direct relation to how she came to be in this world. The movie sheds light on what happens when abortions fail. I didn’t know that was possible; that an abortion might not take. With that fresh in the minds of the young people who came out with us, we discussed it further during Mass. We left with a renewed sense of purpose.

People of a crowd size estimated to be 650,000 gathered in Washington DC, on this cold day in January to speak up for the babies who could not speak for themselves and the men and women who were hurt because of these procedures. I felt overwhelmed as the young girls I guided to the event got split up from our group. The event started a half hour earlier than we had anticipated because of the snow. Trying to find them was like searching for a needle in a haystack.

With the help of technology we were all reunited twenty minutes later and several blocks ahead. It snowed and it was freezing but we didn’t feel it. We prayed aloud. We sang. We danced. We chanted our purpose. We made our point. It was an experience I am not doing it justice to explain to you right now.

We do not fight for life one day a year. We fight everyday. There are campaigns going on non-stop. The march and anniversary of Roe vs. Wade, is the only thing that happens once a year. The most current campaign is 40 days for Life, which began this past Wednesday. You can read more about how this campaign works and my experience with it last year in 40 Days For Life. (Warning: Bring a tissue.)

I wanted to include photos from instagram with the #March4Life.

Here is a video I took:
View other videos here.
As promised , here is today’s reading: 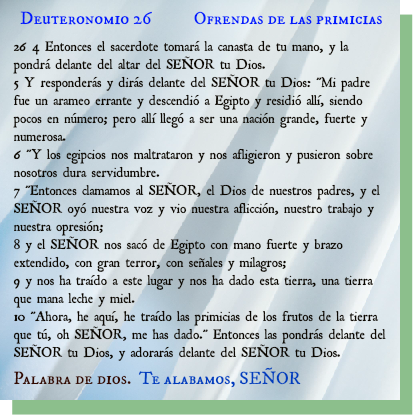 Have you ever participated in a campaign that is close to your heart? Share with us below.

12 replies on “March For Life …Late On Purpose”

And our President once voted to allow the termination of the lives of babies that survived abortions!

🙁 …thanks for stopping by Bruce

This is powerful. It is so important to have causes that we believe in, and even more important to share them with young people and model what it looks like to CARE about something so greatly that you would put your own comfort on the line. Thank you for sharing your story, Arelis.

I agree, I look forward to going next year! It was amazing to see the turnout of people there … I had heard that the crowd was maybe a quarter of the size last year. Thanks for stopping by Brandi!

WOW! That’s about all I can manage after reading. So much going on in the world, and outside of our four walls, that it’s hard to imagine. Thank you for sharing.

Yeah, that word sums it all up nicely! Thanks for stopping by!

Thank you for sharing your story about a cause that is very important to you. I particularly like the way with this devisive issue you were able to state your position clearly and positively without taking a negative tone with those who don’t share your opinion.

Thanks Janeane, I personally know others on the other side of Pro-choice; It’s a controversial topic indeed but I am not here on this earth to judge; everyone is entitled to their own opinion shaped by events of their own history. There is something that is repeated constantly at my church, hate the sin not the sinner.

Although I may not agree with your view, I very much appreciate the way you wrote about your experience during the March for Life. This was a great post, Arelis.

Thanks Amiyrah; It is never my intention to force my view on anyone, I am here just sharing my experiences, so your comment means a lot. Thanks for stopping by!

You’ve brought attention to a cause near and dear to your heart that can, also, be very divisive and a hot button issue in a way that’s tactful and endearing! I routinely work with organizations in that focus on uplifting women and children which is near and dear to mine. Thank you for sharing your experiences

I haven’t participated in campaigns, but I’ve covered them as a journalist.
I’m doing a 5K this Spring to benefit the Hispanic community in Georgia where hundreds cross a busy highway to get to work.
Thanks for sharing this!