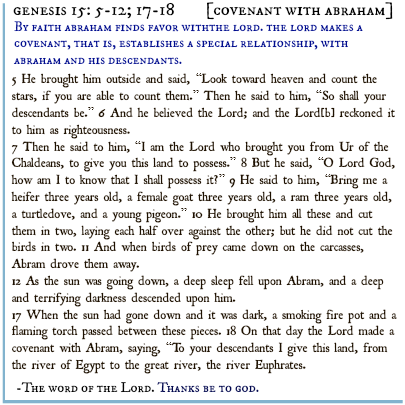 Last Friday I was pumped up and excited for an upcoming blood drive.  After having a conversation with my sister, A, who had been leaving work a little early one night to head over to a blood drive, I thought that despite the fact that I hate seeing blood AND needles, I could suck it up and donate.  It had been something she had wanted to do for a long time but because of her weight they would not allow her to.  Now at an older age she is of weight and donates regularly.  I think that is AWEsome.  I always hear about shortages and not enough people donating.  Last Friday night my phone set off a reminder alarm that at 7:45 am on Saturday, September 30th the blood drive in Bridgeport would commence.  I talked myself out of it.  I mean it IS blood AND needles!

A short time later that night I was told by my other sister, J’s mother-in-law, dropped unconscious in her home and was later rushed to Yale New Haven Hospital.  She had suffered an aneurism.  She had been lucky for if they had waiting any longer to call an ambulance she might have been dead on arrival.  I have only heard of people having aneurism’s on T.V.; That is not to say of course that it does not happen but that I have never known anyone personally to have suffered from one.  On T.V. though, the person seems to always die.  On Saturday I was told she needed blood.  I prayed.

On Saturday night I got a text to pray for a family friend, I was given no specifics but was told I’d learn more the next day.  Last Sunday morning a beautiful soul still lied in bed with unknown reasons as to why she was losing blood and seizing.  She needed a blood transfusion.  I prayed.

October 1st I received news that my family friend returned home and was doing well.  The blood transfusion helped.  Prayers were heard and answered.  A beautiful soul remains on this earth to do wondrous deeds.

My sister’s mother-in-law is still in the hospital.  After some testing she was found to have another aneurism and would require immediate surgery.  I have heard news this morning that she is responsive.  It has been a scary week for her and her family.

I ask that everyone take a minute to say a prayer to St. Jude for a miraculous recovery.  Who is St. Jude you ask?  St. Jude Thaddeus is the patron saint of hope.  We turn to St. Jude in times of need and for serious or seemingly hopeless causes — including depression, grieving, unemployment, and illness — and ask for his divine intercession.

O Holy St Jude!
Apostle and Martyr,
great in virtue and rich in miracles,
near kinsman of Jesus Christ,
faithful intercessor for all who invoke you,
special patron in time of need;
to you I have recourse from the depth of my heart,
and humbly beg you,
to whom God has given such great power,
to come to my assistance;
help me now in my urgent need and grant my earnest petition.
I will never forget thy graces and favors you obtain for me
and I will do my utmost to spread devotion to you.

St. Jude, pray for us and all who honor thee and invoke thy aid.

I prayed for them as I know you might pray or say a few words for someone you care about who is not well.  Prayer is a powerful thing!  So is donating blood.  The tag line for the American Red Cross says “

”  I learned this week how true that is.  My heart also weighed heavy as I had decided my fear was greater than the need to go and donate blood.  I went on the American Red Cross website this morning in search of their next drive.  You can do the same by stopping at their website and searching for upcoming blood drives in your area by simply typing in your zip code. http://www.redcrossblood.org  There is one tomorrow that is not too far from my house, I’m hoping when I call tomorrow morning I am able to get an appointment.  Wish me luck.

Show your love for the blog and LIKE My Pocketful of Thoughts on Facebook from your personal page. Thanks for reading!

PS I did not forget about sending out the Word today, I thought I’d save the best for last!

Gn 2:18-24                                                        [Man’s Companion]
God, knowing that man needs companionship, created animals and birds and finally placed Adam in a deep sleep and took one of his ribs, forming a woman.
A reading from the Book of Genesis
The LORD God said: “It is not good for the man to be alone. I will make a suitable partner for him.” So the LORD God formed out of the ground various wild animals and various birds of the air, and he brought them to the man to see what he would call them; whatever the man called each of them would be its name.  The man gave names to all the cattle, all the birds of the air, and all wild animals; but none proved to be the suitable partner for the man.
So the LORD God cast a deep sleep on the man, and while he was asleep, he took out one of his ribs and closed up its place with flesh.  The LORD God then built up into a woman the rib that he had taken from the man.  When he brought her to the man, the man said:
“This one, at last, is bone of my bones
and flesh of my flesh;
this one shall be called ‘woman,’
for out of ‘her man’ this one has been taken.”
That is why a man leaves his father and mother and clings to his wife, and the two of them become one flesh.
The word of the Lord.
Thanks be to God.