Words can paint pictures of a broken heart, or a smile, or of the first time you knew that it was going to be OK.  This is one of the many reasons why I love words.  This summer I unveiled a series of poems that I have written throughout my life that have brought me comfort and the occasional closure I needed to start a new chapter in my life. 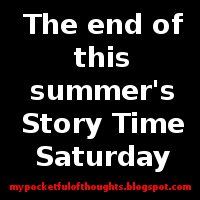 Last week was the end of this summer’s Story Time Saturday and this fall we’ll switch it up here on My Pocketful of Thoughts.  I am not sure what that means yet, but it’ll come to me over an open fire in the woods of Rhode Island.  Why there you ask?  That’s where I’ll be this weekend, camping and brainstorming!  So in case you missed one of my poems, I leave them all here with you today, in hopes that they touch your heart the way they touched mine so many moons ago and still do.

listening to the radio and some of my favorite cds 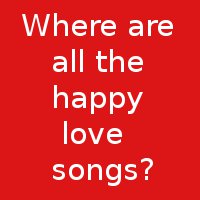 cant help but to notice that love sounds like a disease
there’s the potential break up songs
and the you’ve done me wrong songs
the I’m throwing dishes cause you’ve pissed me off songs
the i caught you lying you stupid ass songs
is that the chic you’ve been cheating on me with songs
the she broke my heart into pieces songs
the i can do what you like songs
and there’s how i fell in love with the dj
now don’t get me wrong Cham is a good looking dude and he can sing to me anytime but where are all the happy love songs?

the i look into your eyes and i get lost songs,
and the it hurts when I’m not with you songs,
or the i cant sleep cause i haven’t gotten to speak to you today songs,
or the i love you too much so lets forget about the stupid toothpaste songs?
or the make love to me on the hood of your car while its pouring rain songs (no lightening of course)
or is that what Kelis meant to say when she sang in public
where are the i cant get enough of you because of the deep emotions that you cause me to have, oh wait no that is Tamia
seems to me that no matter what language you listen to it in, there are just not enough happy love songs!

the thought of you weighs down in my stomach like a cinder block and i’d rather throw a rock at you
you, the subject of so much focus, to finally it feels like its just one big joke

jokes that made me use to LOL

LOL that ended in tears

the bookshelf is full

kangaroos that jump in and out of my subconscience mind

like rodeo clowns on pogo sticks trying to steal

cotton candy from kids that were engrossed in them

kids who lost their focus after the marching elephants

into the sky up over the moon 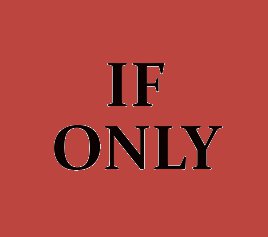 to grandma’s house she lands in the woods saying

“why grandma what big eyes you have”,

and Grandma opens her mouth to eat her

and the fear of the girl is left in the book,

as its closed, the reader unable to continue

the emotion too much to bare

and in the end my thoughts still lie with you

i love when he holds my hand in his

i love how her hand fits perfectly in mine, as if she were made just for me
i love when i look into her eyes and she knows my thoughts without even having me speak
her lips leave me hungry, sweet and complex just like bonkers
i love that when i smile, she smiles
i love her even more when she laughs at my stupid jokes
she helps me grow as a person
she is the most gorgeous creature that God has ever made
its her voice i hear that i can do more that i can be better in the most positive of ways
she reminds me that i will have her love forever
SHE COMPLETES ME