END_OF_DOCUMENT_TOKEN_TO_BE_REPLACED

Since the Lenten Season began, my church and many other churches around the world have begun including within its services the Stations of The Cross. Also referred to as The Scriptural Way of The Cross, it is a devotion where we walk with Jesus in spirit on his journey to Calvary. Each of the 14 stations mark a specific moment during the journey, prayers are said, and there is time for reflection. Essentially we are meditating on his sufferings and death. It brings me to tears every time.

END_OF_DOCUMENT_TOKEN_TO_BE_REPLACED 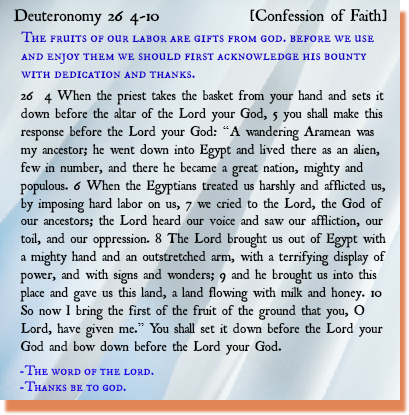 END_OF_DOCUMENT_TOKEN_TO_BE_REPLACED

January 25th 2013 marked the 40th year of the March For Life. This march is a result of the Supreme Court decision of the 1973 case that legalized abortion, Roe vs Wade. This was my first year of attendance. I was going to write about it that Sunday following but I decided not to after seeing a sign in the sidelines that indicated that the supporters of the march only care the one day of the year. NOT TRUE … so this is late on purpose.

END_OF_DOCUMENT_TOKEN_TO_BE_REPLACED

I woke up this moring at 5am.  I got out of bed, brushed my teeth and jumped into the shower.  I was overcome with this sense of dread.  A nervous twinge lingered in the air as I replayed the summer months in my head, wondering what I could have done differently.  September was off to a good start with the end of a friendship.  She said I had replaced her.  It was not my intention, but I guess thinking back now, I did.  People come into our lives for reasons.  I stand strong to that idea.

I got dressed for work.  Black pants, white shirt, and sneakers.  5:40 out the door.  The local A&P didn’t open until 7 but book keeping required you to be there a little early to start reconciling the previous days sales.  I jumped into the old Dodge Dynasty, flew to the closest Dunkin Donuts and then back to the grocery store with minutes to spare before 6am.

I did my work quickly and efficiently, like I did every day that I worked.  At 8 am I was done and ready to open the customer service window.  It was a slow morning.  Co-workers came in and out of the office with casual conversation.  Then I saw her.  Its a little awkward when you have to work with people that tell you that they do not want to be your friend, especially being friends for a good chunk of time. You cannot make someone be your friend.

At 9am, things changed.  The feeling of dread grew stronger.  Chatter from customers pierced through the air like shards of glass.  Did we hear what happened?  Wanting to hear the latest gossip, my coworker and I listened intently.  Its always the bad accidents, you don’t want to watch, but can’t help to stare at.  Someone’s bombed the Twin Towers.  WHAT?!  A phone call follows a few short moments later.  My mom’s voice is on the other end and she has just informed me that another plane has crashed into the Pentagon.  …Another plane has gone down with the believed intention of hitting the Capitol or the White House, but was diverted.  My co-workers and I gathered in the office and listened intently to the radio; hearing the rest of the day’s events unfolding felt so surreal.  I looked at my friend, well ex-friend, and thought to my self, are we going to die?

As a country we learned how to get back a more confident peace of mind in our day to day lives.  Not really.  There are times when I ride the subways in Manhattan and think, What if something happens?  On a brighter side, since 9/11, our country has gotten much better in handling attacks and potential national crises. While most people complain and find all the extra security frustrating at times, I find it comforting. Osama Bin Laden was caught and killed in May of this year.  I wonder if we, Americans, are holding our breaths waiting for something else to happen?

This weekend the National September 11th Memorial opens with ceremonies and prayers to those that lost their lives that day in 2001.  I am sure that it will draw crowds forever.  I hope that as we visit it, we all silently pray for peace and forgive those who have done us wrong.  Although the day will never be forgotten, forgiveness moves us into the direction of healing.

Where were you?  Do you remember what you did on September 11, 2001??  Do you feel safe in our country?  Let me know your thoughts in the comments below.

Until then be safe,